Wiggy's - Still Classy After All These Years

A bit more than 20 years ago, I was stuck living in the Dane County suburbs. I spent a fair amount of time with friends who lived in various addresses around Madison's east and north sides, though, so I became familiar with a number of local watering holes. One such joint was Wiggy's. I went there a few times with my friends. We liked unpretentious dive bars where drinks were cheap and the pool playing was casual (usually because the table was warped). At some point around 1989 or 1990, though, my friends stopped going to Wiggy's.

The male of the couple was no shrinking violet. He was over 6' tall and built like a hockey defenseman (complete with a couple false teeth in front). He was also a black belt with a minor criminal record. He had been in a few bar fights in his life. He told me he would not go back to Wiggy's because the place had gotten too violent. The straw that broke the camel's back was the time when took only three steps inside the place before he was hit over the head with a bottle. He blacked out for several seconds. No one made any attempt to stop his assailant or even bother to notice who did it.

But that was many years ago. Since the place kept operating (unlike the Black Bear Tavern downtown), I assumed things had settled down. I eventually moved into the neighborhood. Even so, I never felt any desire to go to Wiggy's. However, once Madison's smoking ban took effect, my husband and I decided to give it a chance. We wanted to support our neighborhood taverns during that challenging time. Also, without the smoke, we figured it would be a decent place to hang out on a Saturday afternoon and enjoy some burgers and fries.

So, on a lovely summer day, we walked over there and ordered some food and drinks. There were only a handful of people in there, but they were noticeably (and obnoxiously) drunk. This was about 3:00 in the afternoon. Nice. The food was mediocre, and the place still reeked of stale cigarettes. We never went back.

Today I read that shots were fired from inside Wiggy's early this morning. There was no apparent motive (no robbery, and no one was hit). Maybe it was celebratory gunfire. Interestingly enough, exactly one year ago, Wiggy's had their TV stolen in a smash-and-grab burglary that was later tied to a Madison crack house. I think the cops should look for someone whose birthday is on April 30.

Anyway, with so many changes in and around Madison in recent decades, there is a perverse comfort in knowing that Wiggy's is still a dangerous dive bar after all these years.
Posted by Ordinary Jill at 6:22 PM 1 comment:

Attack of the Remakes

Back in 1995, science fiction author Connie Willis published a novel called Remake about a near-future Hollywood where the film industry churns out nothing but CGI remakes of classic films, starring digitized versions of dead actors.

The reality is far more horrifying. Hollywood is making mostly remakes of mediocre-to-crappy films and movies based on video games. I thought it was bad when I learned that remakes of Red Dawn and Clash of the Titans were in the works. Now, Screen Rant reports that remakes of Videodrome (which starred Debbie Harry), Back to School (the Rodney Dangerfield comedy that was filmed on the UW-Madison campus) and Short Circuit (which inexplicably spawned a sequel back in the 1980s) are in our future.

I'll admit to a certain anticipatory curiosity about the upcoming remake of They Live (the 1988 cult sci-fi satire starring "Rowdy" Roddy Piper). However, if I ever hear of plans for a remake of Gymkata, I will know the Apocalypse is at hand.
Posted by Ordinary Jill at 9:12 PM 4 comments:

Surprises in the Beer & Wine Aisle

While picking up a few groceries, I made a trip through the beer and wine aisle. I learned a couple of things:
1. They still make Boone's Farm Strawberry Hill, and it's still less than $3 for a bottle. It made me slightly nostalgic for my college days, but I didn't buy any. My tastes are more sophisticated now, so I bought a six pack each of Parrot Bay mojito and pina-colada flavored maltohols.
2. Chelada doesn't just mean beer with lime. Having failed to nauseate enough consumers, Budweiser has introduced -- I did not make this up -- Budweiser + Clamato Chelada. There is also a Bud Light version. According to the company press release, the combination has been enjoyed by Latinos for decades. I suppose it's sort of a poor man's bloody mary. Since I like neither beer nor Clamato, I can't really judge. This hapless blogger tried the stuff and shared the pain.

Who Wants to Be a Privateer? 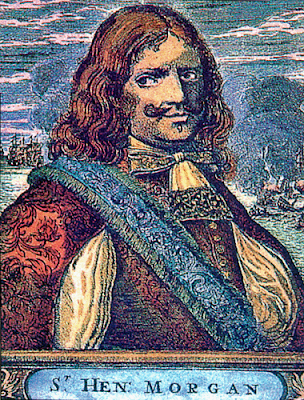 Ron Paul has proposed a novel solution to the growing international pirate problem. Congress should once again issue letters of marque and reprisal, he suggests, authorizing bounty hunters to go after pirates on the high seas.
Basically, he is proposing that the U.S. further privatize its military. The firm formerly known as Blackwater (now called Xe) has lost its license to operate in Iraq (although it is still, in fact, operating there). Here is the perfect opportunity for it to re-tool as a naval force. Maybe the Fincantieri Marine Group could start building pirate-hunting vessels, letting some Wisconsinites get in on the privateering action and bringing back some lucrative manufacturing jobs.
One thing to keep in mind, however. Historically, privateers were often (current or former) pirates themselves. We may find ourselves hiring a bunch of Somali thugs to prey upon their former comrades. On the other hand, maybe future generations will find themselves drinking Blackwater spiced rum. It has a certain ring to it...
Posted by Ordinary Jill at 7:51 PM No comments:

There is a resort in Nicaragua that offers guests the thrilling chance to slide on a reinforced piece of plywood down the ashy slope of a live volcano.

Volcano boarders are issued, in addition to the board, a jumpsuit and a pair of goggles. No dust mask. I can't imagine that ramping up your heart beat, then breathing in a bunch of volcanic ash could be good for your health.

The U.S. Geological Survey recommends wearing a dust mask or, if no mask is available, a wet cloth, while cleaning up volcanic ash, since the particles can penetrate deep into the lungs.

I wonder if any of these thrill-seekers will manage to qualify themselves for a Darwin award.
Posted by Ordinary Jill at 9:57 AM 1 comment:

HBO Film is 12 Years Ahead of Its Time 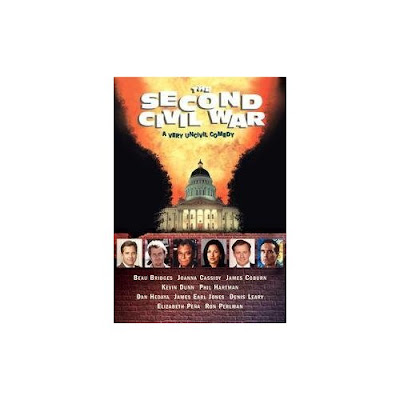 I remember seeing this HBO film when it came out. I thought it was kind of ridiculous at the time. Now I see that it was just over a decade before its time. Substitute Texas for Idaho and it might almost seem prescient. Although, Beau Bridges is getting a little too old to play Rick Perry.

I might have to watch it again now and see how it holds up. I wonder if it will be as creepy as watching Tanner 88 back in 2000.
Posted by Ordinary Jill at 10:49 PM No comments:

Not content with making allusions to Abraham Lincoln, President Obama is now imitating Thomas Jefferson by going after the foreign pirates who dared to interfere with American shipping interests:
http://www.reuters.com/article/marketsNews/idUSN1233162120090412

Does this mean we'll be buying more land from France? Maybe Martinique or Tahiti?
Posted by Ordinary Jill at 4:11 PM 1 comment:

Just for the record, it IS a stalking song.

While driving home after work today, I was listening to the local "oldies" station, which now plays the music of my youth (sigh). A male caller, speaking with a low, slightly breathy voice, asked the D.J. "Can you play that song, Every breath you take, every step you make, I'll be watching you?"

The D.J. corrected, "Every breath you take."

"Yeah. I'd love it if you could play that for Katrina, so she'll think I'm watching her."

[Caller chuckles]. "No, I've got too many other better things to do to have time for that."

[D.J. chuckles] "It kind of sounds like a stalking song, though."

Kind of? It is a stalking song. Sting said as much back in the 80s. He expressed surprise that it was interpreted by so many people as a romantic love song, because it was definitely written from the point of view of a stalker.

I can understand a casual listener not being aware of that fact (though, given the fact that he was speaking with a creepy stalker voice, I think he was being disingenuous). However, a disc jockey for an oldies station really ought to know just a little bit about the music he's playing. Moron.

I don't suppose it would be a good investment to put a satellite radio in an 8-year-old car with 120,000 miles on it, especially since I don't know which of the Sirius and/or XM formats will survive the recession.
Posted by Ordinary Jill at 6:38 PM No comments:

No love for north side voters

The City of Madison decided that Election Day was the perfect time to tear up the service drive in Warner Park that connects the baseball stadium's parking lot with that of the Community Center. That means that voters who entered the park from North Sherman Avenue discovered halfway that they could not get there from here.

There was no visible signage near the park entrance to warn voters that they had to access the polling place from Northport Drive. By the time I realized that the heavy equipment in the back corner of the parking lot was actually excavating the narrow service drive just beyond the parking lot, I figured it would be quicker to park there and walk across the park than to turn around and make three left turns during morning rush hour in order to drive there.

When I returned to my car, there were at least a dozen other vehicles parked in the vicinity and a few other hardy voters making the trek.

I was late to work. If I didn't feel so strongly about the importance of voting, I might have blown it off rather than go through the additional hassle. I suspect that at least some voters in my ward did just that. If I lived in Brenda Konkel's district, I might suspect that Mayor McCheese was deliberately trying to suppress turnout.
Posted by Ordinary Jill at 7:34 PM 1 comment: